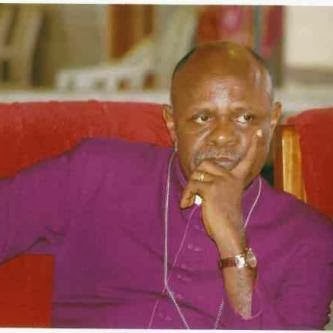 It was Thomas Carlyle in On Heroes, Hero-worship and the Heroic in History, who said that the “society is founded on Hero-worship”. He argues that “society everywhere is some representation … of a graduated worship of Heroes – reverence and obedience done to men really great and wise”. This has led many generations into paganism and idolatry of all sorts. However it is not just that man has that innate sense of “loyalty, submissive admiration” for whatever he considers truly great, he equally revels in the glory when he has the opportunity to be adored in such a manner.

The latter is the reason why every leader, whether spiritual or secular, is always faced with this great temptation – do I accept this submissive admiration of worship from men who follow me or do I point them to my Savior, who is greater than myself, and sincerely bend down so that they can see Him alone? Broken men, humble servants of God have found out that that is the only way to escape the trap of hero-worship. Not that they can eliminate that which is innate in man – the desire to worship, but they save themselves from the consequent deception by adopting the attitude of the Lord Jesus Christ who “took upon himself the form of a servant”.

This attitude is what I saw in Bishop Isaac Orama, the late Bishop of the Diocese of Uyo, while he was alive. The last time I physically listened to him was about two years ago when he preached on “Arise and Shine”. One of the things he said in that meeting that has never left me is, I will paraphrase it, “I jealous some of you who are volunteer workers in the church, who though you have your own professions, yet you are committed to God in His service. It makes me to work harder than just being a pastor. You know what, many of us ordained ministers will get to heaven only to discover to our shock that we arrived empty-handed. Why? Because we did just what we were employed to do as pastors and got paid by the church for it, hence there will be nothing else to reward us for in heaven. I work harder so as to get reward in heaven”. That struck me and left a very big impression on my life and ministry since then. It stuck. Watching his life, I can say that that was exactly how he lived his life.

Climbing up the ladder in his denomination, from one title to another, his regalia changed several times. However, those changes did not change Bishop Isaac Orama. He remained just a brother. He did not put up the kind of cult-leader attitude we see most Christian leaders carry today. He continued to be jovial, smiling and will always call you his brother each time you meet. Most leaders claim that they are approachable but they allow those around them to create this deceptive atmosphere of awe around them and their office. They bask in the resultant reverence and yet claim that their office and position has not changed them. But Isaac Orama did not allow those things to influence him. He never became a stranger to his old friends. They remained his brethren. When he came to speak on that “Arise and Shine” programme, he opted to stay in a Guest House of an old friend so as to reduce the financial burden of accommodation on the host church.

He accomplished a lot and imparted many lives during his life time, from the Scripture Union leadership period to his death as the Bishop of Uyo Diocese. He was involved in the revival that swept through the former Niger Delta Diocese and now Diocese of Niger Delta North, many years ago. He led a church in the heart of Port Harcourt, St. Matthews Anglican Church, started by the Venerable Isaac Tejevo, into one of the rare missionary exploits of modern history - the same church that some self-serving pastors today have demonized and made several attempts to scatter. He took over the church from Canon Somiari who himself is a called missionary. This church planted many other churches, helped to revive many dead ones in several remote villages scattered in Niger Delta and sent out missionaries. He assisted the church to develop a global missionary vision which has led to the opening of mission fields in Cameroun, Sierra Leone, Ghana etc. He was a prayer man and encouraged many people to pursue their God-given ministries and helped to raise many young men as ministers. His influence crossed denominational boundaries. Those who have heard him lead in prayer sessions will sense his burden for the church; easily broken before the Lord in tears.

A friend of mine once told me an incident that happened in St. Matthews in one of those days – He just finished rebuking the church rashly over some matters and went and sat down, only to come up again to apologize to the church for the way he talked to them. He said that God just rebuked him and warned him not to talk rashly to His children the way he did and asked him to go back to the podium and apologize. It turned out to become another solemn moment for everybody as they all began to repent and confess their sins. What a scene and what an experience for all the worshippers that Sunday. During church love feasts, he would almost eat from every person’s plate, unlike many pastors who are full of complex and pretense, who do not want to eat with their brethren because they are wearing white collar.

When we received the SMS to pray for him when he travelled to India for a medical condition, we all prayed. But it has pleased our Father to call him home in a time like this. I can only say, “My big brother, you fought well. We learnt a lot from you what you also learnt from Christ. Once again I say, “Good night””.
Posted by Evergreenword on February 15, 2014 No comments: