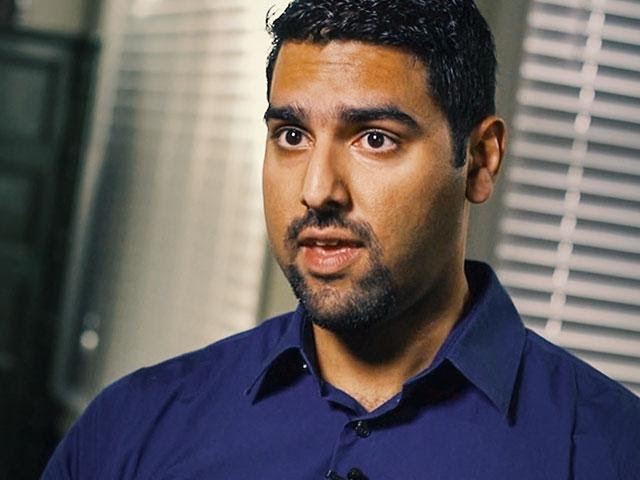 “Swift to its close ebbs out life’s little day;
Earth’s joys grow dim, its glories pass away;
Change and decay in all around I see—
O Thou who changest not, abide with me.

I fear no foe, with Thee at hand to bless;
Ills have no weight, and tears no bitterness;
Where is death’s sting? Where, grave, thy victory?
I triumph still, if Thou abide with me.”

The lines above are part of the verses of the famous hymn “Abide with me…” written by Henry F. Lyte, in 1847. As I think about the life of Nabeel Qureshi who went to be with the Lord on the 16th of September 2017 after fighting stomach cancer for a year plus, I cannot help but remember the words of that hymn writer “Change and decay in all around I see”.

He served the Lord only for eleven years and died at the age of thirty four. But those years were full of dedication and commitment to the Lord Jesus. As Dr. Ravi Zacharias wrote in Christianity Today, a day after his death, “Nabeel came like a streak of lightning, brightened the night sky, and has returned to the One who gave the power to do what he did.” He commented during his funeral service that Nabeel "… was like a racehorse. You couldn't stop him. Even in the thickness of his illness,".

As a lover of the works of Dr. Ravi, I got to know about Nabeel Qureshi through RZIM, since he worked with RZIM. I began to watch his programs and debates including his famous debate with the Islamic Scholar Dr. Shabir Ally on "Who Is The Real God? Allah or the Trinity?". I could not help but thanked God who I felt had given us one of the people to help in the work Dr. Ravi Zacharias is doing. How wrong I was. Apologetics is a side of the ministry that needs men in our time.
We cannot query God on why He has to take His child home but we indeed mourn.

We thank God for Nabeel’s testimony and believe that God will use it to touch more people, especially Muslims, to commit their lives to the Lord Jesus Christ. May the scales that fell off Nabeel’s eyes continue to fall off the eyes of the spiritually blind in Jesus’ name. Amen.

Please pray for the family he left behind, Michelle and their daughter.

You can watch the whole eulogy here.
God bless you all.
Posted by Chris Ekwedam on October 12, 2017 No comments: