Please pray for Christians in the Northern Nigeria

All the 11 persons kidnapped by this group this time are Christians. I pray that this will not be a strategic religious cleansing. They even claim that Leah Sharibu is still alive. The group once posted a video where someone claimed that she was murdered. Though I posted it here, my family is still constrained to keep praying for her and her family. Let us pray that the real intentions of the enemy in all these things will be frustrated. Pray that the faith of the victims will remain strong in the Lord as they pass through this terrible ordeal. Pray for their families for strength and grace.
Now pray for the Nigerian Government to do the needful to ensure these people are released and reunited to their families. May that the Lord will touch the hearts of these perpetrators and grant them encounters that will bring about changes in their lives. Pray that God may cause an awakening in the Nigerian Church, God bless.

Posted by Chris Ekwedam on December 15, 2019 No comments: 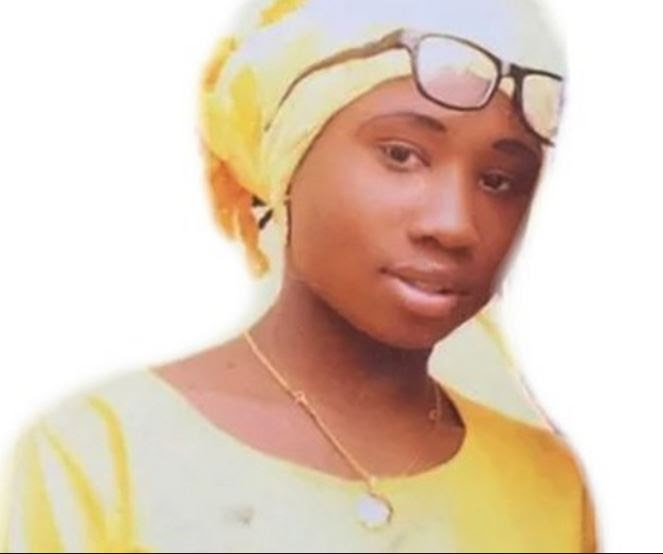 Just recently, a disturbing video surfaced that Miss Leah Sharibu has been killed by her captors, Boko Haram, after more than one year in captivity. Even though the authenticity of the video is yet to be confirmed, from trends and the character of this terrorist group, this kind of story often becomes the truth about the situation. This is quite unfortunate for us as a people and as a nation. We seem to have a very insensitive government that is not concerned about whatever happens to its citizens. Leah was supposed to be released with other Dapchi students only that she was a Christian. If this government could not secure the release of Leah Sharibu, for more than a year, in spite of all the global outrage, then one is left with no option than to conclude that it is either it has no diplomatic capacity to attend to the matters of Nigerian citizens or it is just bigoted in its approach since Leah was a Christian. A sensitive government that is concerned about her image and people's perception would have done everything possible to secure the release of the girl so as not to be painted as having sympathy only to Muslims, but for this government, they have other concerns.

Now as a Christian who has biblical and eternal hope in Christ Jesus, we know that if it is true that Leah has been killed, it only closes a chapter in her life and opens a new one for her which is better. We believe that exit from this earth life means being in the presence of our Lord and Saviour Jesus Christ. Up till two nights ago, my family was still praying for Leah's release. We tried to motivate people to pray for Leah both in churches and small groups. Many Christians around the world prayed. However, as people of faith who recognize both the active presence of sin and evil in this world and God's sovereignty, we believe that He has allowed this to happen for a purpose, even though we may not know the purpose for now as humans.

Learning points from this include the fact that persecution of Christians is still real in this world and we have to prepare ourselves, our children and other Christians around us to remain faithful to the Lord no matter what happens. This world is not our home. Many are martyred every now and then even though the main stream media does not report them. Secondly,we must continue to pray for the persecuted Christians around the world for God's sustenance. May those who are being tried be enabled to finish strong. Finally, the faith exhibited by Leah is a challenge to all of us who are still living in this world. Don't give up or give in because of any pressure or troubles of life. Don't compromise your faith because of any earthly gain, comfort or affliction. When we stand before God, there is no reason that will suffice for any compromise when people like Leah will be standing around God's throne. They will forever be reminders that victory over temptations is possible in this life.

Prayers
Please pray for her family for strength and grace to bear this whole situation. May their faith not break. May He that comforts attend to them with
Pray for Grace and the other captives who are still in the hands of Boko Haram. May God make a way to cause their release.
Pray for the mighty hand of God to bring convictions upon the hearts of the members of this terrorist group and their sympathizers that they may repent and have a change of heart, embrace the salvation that God offers to them.
Pray for the Nigerian government that they will take the right decisions, do the right thing and stop this menace.
Posted by Chris Ekwedam on July 26, 2019 No comments:

Leah Sharibu - Please pray for her

It was exactly one year 16th February 2019 when Leah was kidnapped with other girls from Dapchi. Others were later released while she was kept in captivity because she refused to denounce Christianity.

In the midst of all the political activities going on today, those in leadership may actually forget that she is still with the Boko Haram. But for the parents and loved ones, the pain is real. For the body of Christ, her persecution sets us on alert. Her mother recently congratulated President Muhammadu Buhari for his victory at the polls but requested him to release her daughter.

Please continue to pray for her. Pray that the President of the country and those in leadership positions in the country may keep their words. May God move them and create a window for her release. May God touch her abductors to release her unconditionally without harm. Pray for grace for the parents. Pray that her faith may not fail.
Posted by Chris Ekwedam on March 01, 2019 No comments: