The lords of the Gentiles

“But Jesus called them to him and said, "You know that the rulers of the Gentiles lord it over them, and their great men exercise authority over them. It shall not be so among you;…” Matt 20:25-26 RSV

The Lord Jesus has just finished telling the disciples what would happen to Him in Jerusalem, "We are going up to Jerusalem," he said, "and the Son of Man will be betrayed to the chief priests and teachers of the law. They will condemn him to death and will hand him over to the Gentiles, who will mock him and spit on him, flog him and kill him. Three days later he will rise." Mark 10:33-34 NIV. The next thing we would expect from people close to Him would be to be concerned and sober thinking about what He said. But the disciples had a warped understanding about the mission of Jesus. They thought He was going to receive a physical kingdom in Jerusalem. They began to engage in power tussle about who would sit at His right or left side and who is the greatest. The Lord used the opportunity to teach us the rare principle that we are in dire need of today.

The rulers of the Gentiles are worldly rulers, kings, princes and lords who throw their weight around and glory in their titles rather than serving their people. They love the favours that their positions carry and ignore the responsibilities attached to them. The Lord said that in the world, they are permitted to do these things but among God’s people, it is not permitted. The challenge we have today is, “do we carry on like the rulers of the Gentiles among God’s people?”

In the world, there is hero-worship, but among God’s people, it is not permitted. Sadly, we have among us some leaders who act like the lords of the Gentiles. Exercising their authority is more important to them than giving exemplary leadership. There are people that carry themselves as if they are sacred untouchable cows. They act God among God’s people. They question and require accountability from those under them but nobody questions what they themselves do and are accountable to nobody. They create an atmosphere of fear around them.

The Lord Jesus said that among His people, it shall not be so. As a senior pastor, the junior pastors should not be afraid of you as if you are a masquerade and a tyrant. As a District Pastor, Archdeacon or Bishop, the pastors under you should not be afraid of you as if you are their God, the Alpha and Omega they know, the same way the heathen fear their gods. This is a deception and any leader who accepts it is deceived. People you lead should not be afraid to share their hearts with you. They should be able to access you as a father. Release them and create the window for them to be able to tell you the truth always even when it hurts. This does not come naturally. You intentionally create it and continually strip yourself of any attachment and dependency that puts you in God’s position. There are some denominational systems that make it very difficult for leaders to be servants, but it is the duty of the leader who wants to be like Jesus to take certain firm decisions. This you must do for the sake of your own soul.

When you act as a lord, you will end up surrounding yourself with yes men, sycophants who cannot ask you any questions concerning your actions, with all due respect. Sincere men will be very far from you and we know that deception leads to no other destination than destruction. The example that Jesus left for us is so amazing. Do you realize that He made Himself so simple that Judas had to use a sign to identify Him to those that came to arrest Him that night? No wonder Paul said that “He made Himself of no reputation”.

The Lord Jesus has not called us to wield power and authority around His people, like they do in the world, but to serve them willingly, not greedy for money but eager to serve, not lording it over those entrusted to us but being examples to them. (1 Peter 5:2-30).

Please some things I share here may make some people very uncomfortable. However, you can send me your feedback. It is better we deal with these ‘uncomfortable issues’ here and settle them than living in deception only for God to raise them when we stand before Him. By that time, it becomes too late to make amend. God bless!
Posted by Evergreenword on November 23, 2011 No comments:

Emma Nwosu: So much noise about nothing

This is a good write up, especially for those who have burden for revival for the Church in Nigeria. Send it to your pastors and leaders. Read it please:

One cannot ignore the noise going round in the country without being accused of indifference; Terrorism, Gay marriage and Islamic Banking. Let me state that none of these issues is peculiar to Nigeria or our generation.

....... Each time missionaries come to our gatherings to ask for mission support, our leaders announce that it is time for widow’s mite. Some even divert funds meant for these missionaries for their insatiable materialistic desires. When we are told to pray for missionaries martyred by the governments of these countries, we rush over it to continue with our kill and bury prayers. It was when Afghanistan was liberated from Taliban control that we heard that two lady missionaries- Heather and Mercie- had been held in a dungeon waiting for death.

Even in the bible, religious extremism and terrorism is mentioned. That was what killed Jesus Christ and James the brother of John. Some forty men bound themselves under an oath not to eat or drink until they have killed Paul (Acts 23:12-13).................

If our pulpits become fiery voice of God again and preachers follow the examples of John Wesley and John Wycliffe, we will rule Nigeria from our churches. ............

We all saw the show of shame in the banking sector, those who claimed to be Christians ran the house of fraud in the name of banks. One of our sisters, who was a bank executive, claimed she gave her house-help loan to the tone of thirty six million Naira, but we know the truth. Most of the bank executives were and are still prominent members of our churches who pay in large sums of their stolen money into our cathedrals. If they valued their religion in any way, we will see this wealth in the life of the ordinary man on the street, and then who will have time for non-interest banking. When governments of some States in Nigeria returned schools to Mission organizations, what was the result? Tuition rose astronomically so that almost all the students in these schools were thrown out. If we showed value for those students they won’t face the temptation for going for non-interest banking system of another religion. Does the bible encourage the Christian to lend to his brother on interest? Why are we now threatening to have our own banking system only in response to Islamic banking? So now it was not adopted we go back to comatose, never taking the initiative........................


Please read it here.
Posted by Evergreenword on November 22, 2011 No comments:

Obedience is obedience, what do you think?

"What do you think? There was a man who had two sons. He went to the first and said, 'Son, go and work today in the vineyard.' "'I will not,' he answered, but later he changed his mind and went. "Then the father went to the other son and said the same thing. He answered, 'I will, sir,' but he did not go. "Which of the two did what his father wanted?" "The first," they answered. Matt 21:28-31 NIV

Religious languages and many religious rituals are going to become irrelevant the day we stand before God to answer for our actions. Pretense and hypocrisy will suddenly be exposed for what they are. A lot of boastings and strong claims will be found empty. Why? This is because the question will be, what did you do with your life? Did you obey the Lord or not? Did you do the Father’s will?

I have made this argument for years that in spiritual matters, obedience is obedience, as long as you did it with all your heart. There are many issues that people raise each time I say this. Some argue that the quality of your obedience will determine whether God will accept it or not. They say that you do not have to struggle when you hear instructions from God. If you struggle and later obey, it reduces the quality. Etc. Look at the illustration the Lord gave in our passage above. The first son struggled but later obeyed while the second son who people around saw as a ‘good’ son the time the father was speaking to them, did not actually do the father’s will. The Lord Jesus asked a question, "Which of the two did what his father wanted?" "The first," they answered. Notice that He did not argue the answer the people gave to His question.

Please no matter what happens; no matter how you have messed up your life; the fact that you are still alive reading this means that there is hope for you and you can have a new beginning. You can start afresh with God. God will never say that you came too late and reject you. You may be among those that came at the first hour who started early. You may be among those who came at the third hour, fine. You may even be among those who joined the work at the sixth hour or even at the eleventh hour before the day ended. Let not bother you anymore. The question on that day will be, ‘who did what the Father wanted?’ What is of utmost importance is that you decide to obey God NOW. Remember that He gave all of them rewards for obeying Him.

For me, obedience is obedience. What do you think? God bless you!

See Matthew 20 for further study.
Posted by Evergreenword on November 19, 2011 No comments: 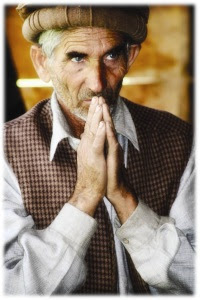 Join us for the International Day of Prayer for the Persecuted Church
Prayer has an eternal impact on the lives of men and women throughout the world. As we pray, closed doors are opened, resistant people are made receptive, leaders are put down and raised up, and the kingdom of our Lord Jesus Christ is extended.

Join thousands of believers around the world in praying for the estimated 200 million Christians who face persecution for their faith. The International Day of Prayer for the Persecuted Church (IDOP) is on Sunday, November 13.

For more information, and for downloadable resources you can use with your small group or congregation, visit IDOP International.

Please pray in your churches, talk to your prayer coordinators etc. God is really doing amazing things in these Last Days. May the knowledge of the Lord spread all over the earth as waters cover the sea. Amen.
Posted by Evergreenword on November 11, 2011 No comments: